IT IS TIME TO STOP THE INSANITY

“Insanity: Doing the same thing over and over again and expecting different results.” (Author unknown)

It is time to STOP the insanity.

We must STOP returning the same people to Congress.

Our current Representative, Frank Lucas, is a good man, but he has NOT taken a stand against the indecency, the incivility, the anti-government rhetoric, the falsehoods, and the destructiveness of our political discourse. By being silent and staying quietly on the sideline, he has, in effect, been an enabler giving the perpetrators a free pass and facilitating the further degradation of our political discourse.  Simply put, he has NOT provided the leadership needed to reverse the partisanship that has brought Congress to a standstill.

I will use common sense, act with common decency, stand up for the truth; and stand against the divisive politics and the purveyors of fear and negativity.

“…  Congress is failing its constitutional obligations to counteract the power of the president, and in so doing is dishonoring itself, at a critical moment in the life of our nation. Our presidency has been debased by a figure who has a seemingly bottomless appetite for destruction and division and only a passing familiarity with how the Constitution works.”
Arizona Republican Senator Jeff Flake at Harvard Law School Commencement

“A responsibility of every American citizen to each other is to preserve and protect our freedom by recognizing what truth is and is not, what a fact is and is not, and begin by holding ourselves accountable to truthfulness and demand that our pursuit of America’s future be fact based.”
Rex Tillerson, former U.S. Secretary of State at VMI Commencement 2018 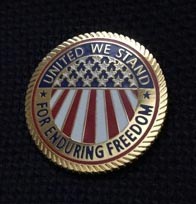 For Frankie Robbins’ position on issues go to VoteSmart.org